Every year, the Wyoming FFA goes through the process of selecting a representative who will serve as a national officer candidate. In between the months of June and October, the selected candidate will be put to the test by agriculture professionals, past state officers, advisors, members, and countless others. They will work tirelessly to earn their respect, build a rapport, and present themselves as somebody who will represent the 650,466 other FFA members in the same way they have the 2,893 in the state of Wyoming. At the end of the day, the job description of a national officer candidate may start to sound like one of a CEO.

By the time the specifics are laid out, some of the people eligible to be a national officer candidate have already decided that it was not what they wanted to do. The few who are left must convince a selected committee of Wyoming agriculture advisors that they should be the one. Once this committee has made their decision, the candidacy starts and the hard part begins. For 2018, the selected candidate is none other than the 2017-2018 Wyoming FFA State President and past Casper FFA member Trey Campbell.

Trey has an extremely challenging couple of months ahead of him, but over the course of his candidacy he will develop new skills that will help him serve the state of Wyoming and hopefully FFA members across the country come October.

After Trey was selected by the committee of agriculture advisors to be the Wyoming FFA national officer candidate, he began to work on the application to National FFA to solidify his standing. The application is a very tedious process, but is used so the nominating committee can get to know the candidates better. This is one of the many steps Trey takes in order to learn the skills needed to be a successful candidate. From there, he makes meaningful appearances at major FFA events like Wyoming FFA Leadership Camp, State Fair, and Denim & Diamonds Blue Jeans Ball. At Wyoming FFA Leadership Camp, he worked hard to facilitate growth in his leadership abilities, build new connections with members, and take the advice of the counselors and directors to improve in any way possible. At State Fair, Trey has had the opportunity to speak publically on multiple occasions and learn the ins-and-outs of fundraising and sponsorship with the Wyoming FFA Foundation Endowment Fund. At the Blue Jeans Ball in September, he will have the opportunity to host the event.

Throughout these couple of months, Trey is continuing to develop his skills by getting every bit of advice that he comes across. He will have past state and national officers give him questions to prepare for the interviews at FFA National Convention in Indianapolis, Indiana. Preparing for the interview process is by far the most difficult part of being a national officer candidate, and the one that he will spend the most time on. His friends and family will do all they can to help him prepare, and at the end of the day, he will have put in countless hours of practice to be ready for the real reason he is a national officer candidate: to actually be a national officer.

Come National Convention, Trey’s week will be endlessly busy. The interviews will start at the beginning of the week with different forms of personal interviews. From there, he might expect to do some group activities and work closely with other candidates he might share a team with. One of the most nerve-racking parts, however, is the cut. National FFA cuts the number of candidates down as the week progresses to refine the process and get a closer look at certain candidates. If Trey makes it past this cut (which we fully expect him to do), he will continue on with the process until the end of the week. Finally, the moment that he has worked endless hours towards will finally be there. The last session of National Convention is where the new national officers are announced, and where their year of service begins.

I believe I speak for all of Wyoming when I say that we completely support Trey as he prepares for National Convention. The Wyoming FFA has chosen an extraordinary candidate who represents everything that embodies our great state and the FFA we are all so proud of. Let us all show him support as he gets closer to National Convention and wish him luck throughout his process as he strives to become an FFA national officer.

Previous ArticleWyoming FFA Has National Finalists
Next ArticleBehind the Scenes at the Wyoming State Fair: All About the Oink for Swine Superintendent Gernant 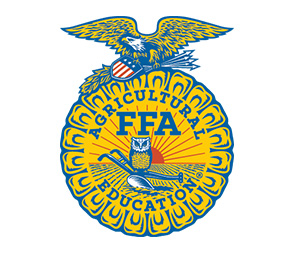